A selection of semi-permanent large scale works. Including a 110 foot long artwork for General Mills corporate headquarters representing the company's core values. Visuals for the scientific publisher Elsevier and its Empowering Knowledge campaign. Artwork for the lobby of Ogilvy’s Chicago office, based on famous quotes by the advertising legend David Ogilvy. Along with other related works, including the initial drawings for a large scale mural celebrating the 50th anniversary of the National Film and Televisions School. 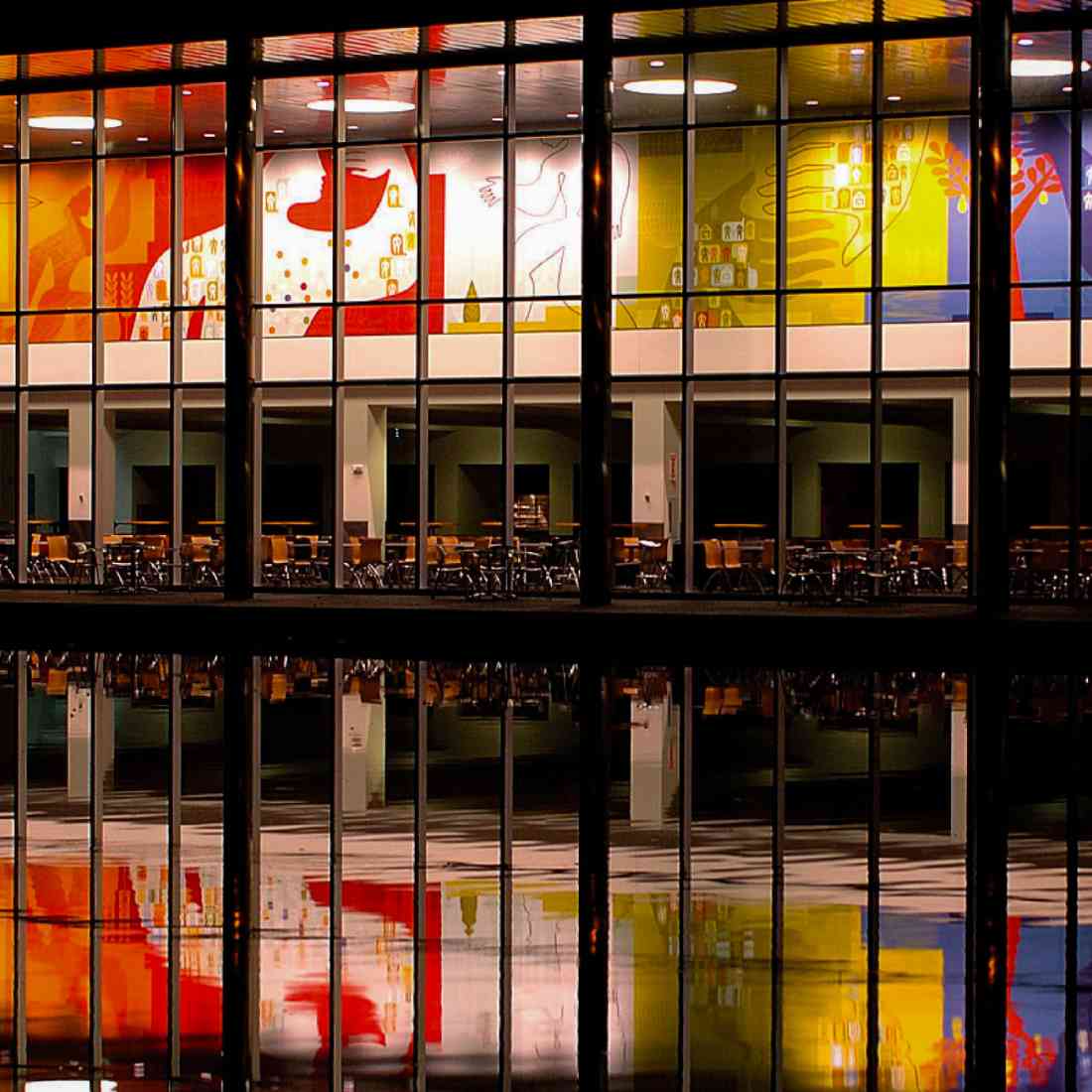 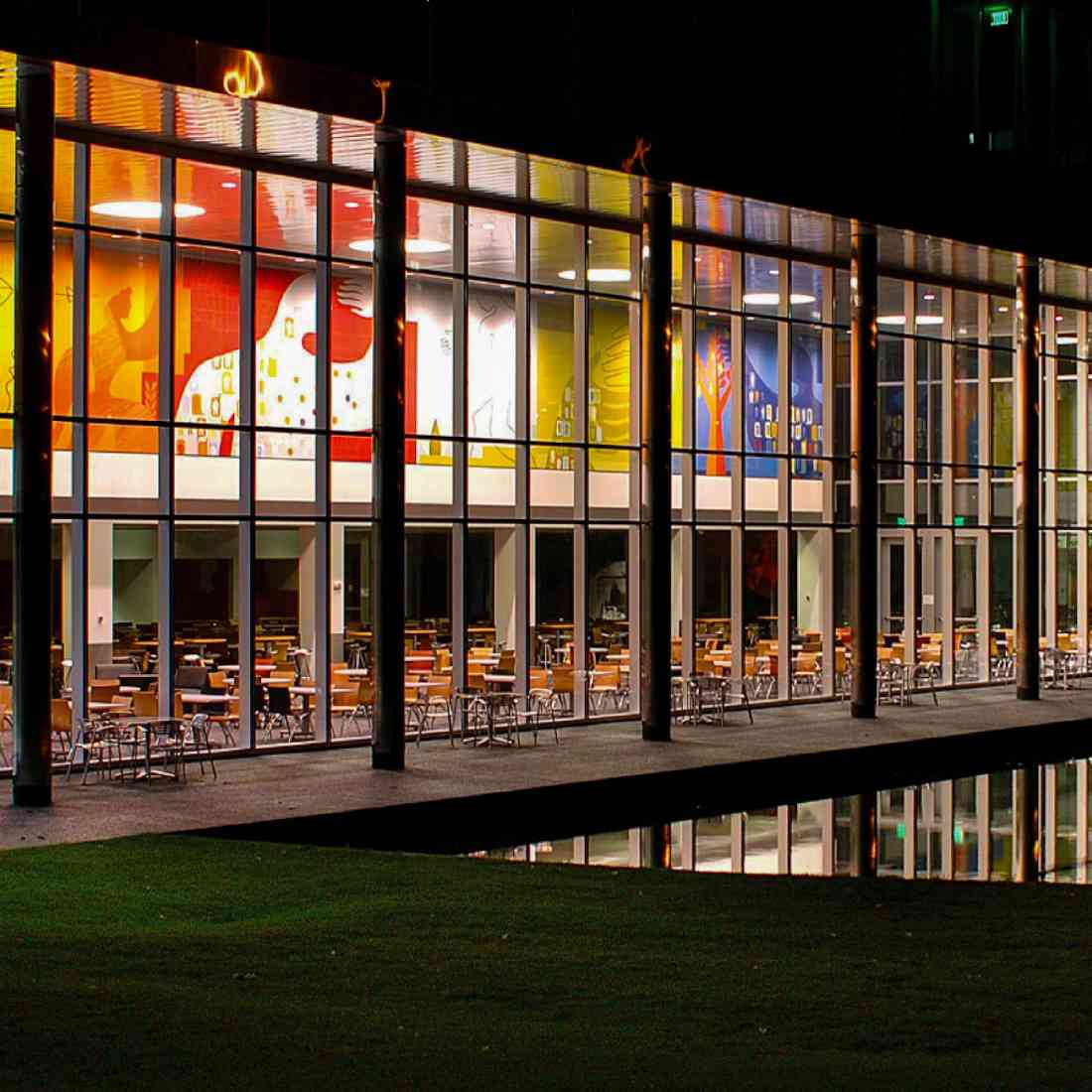 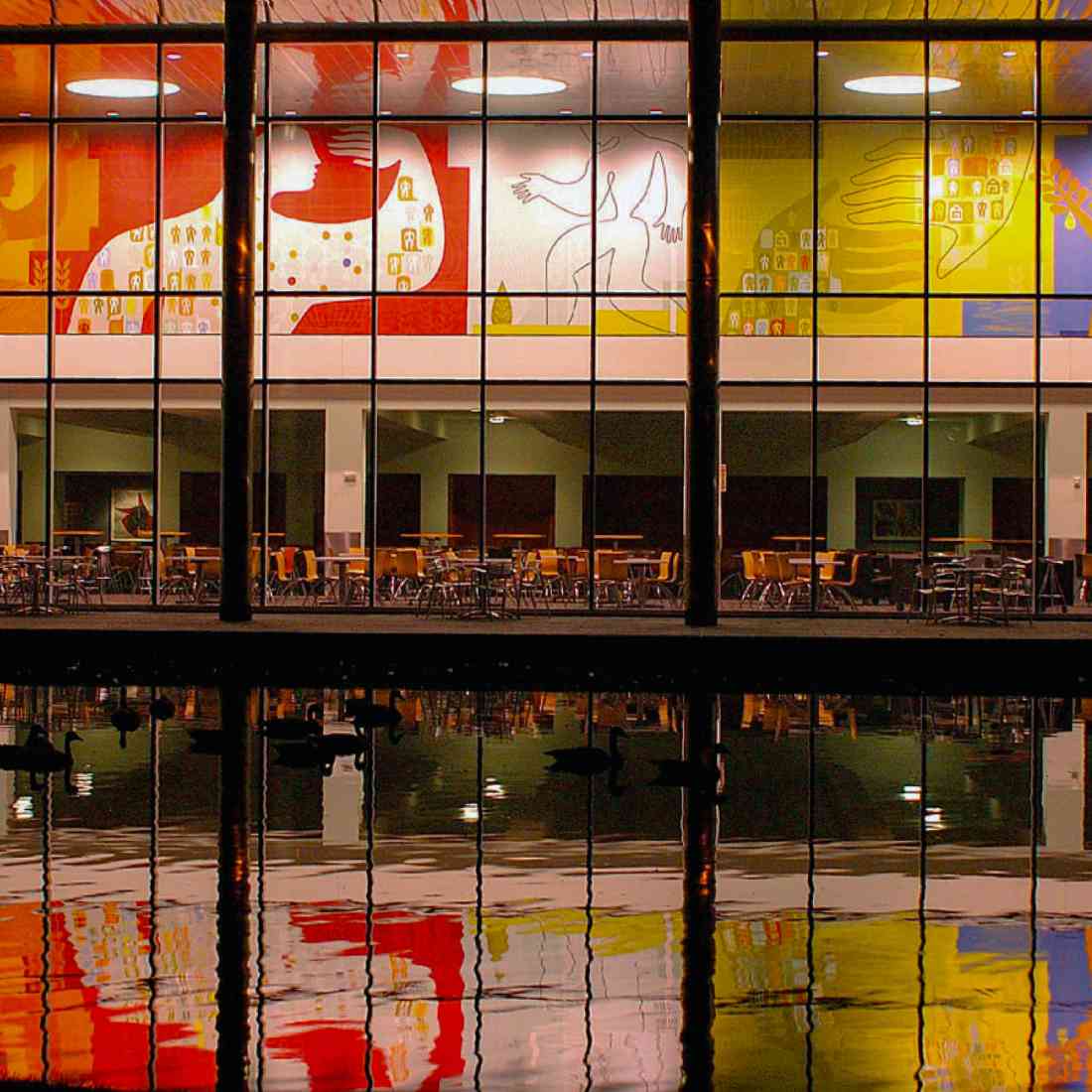 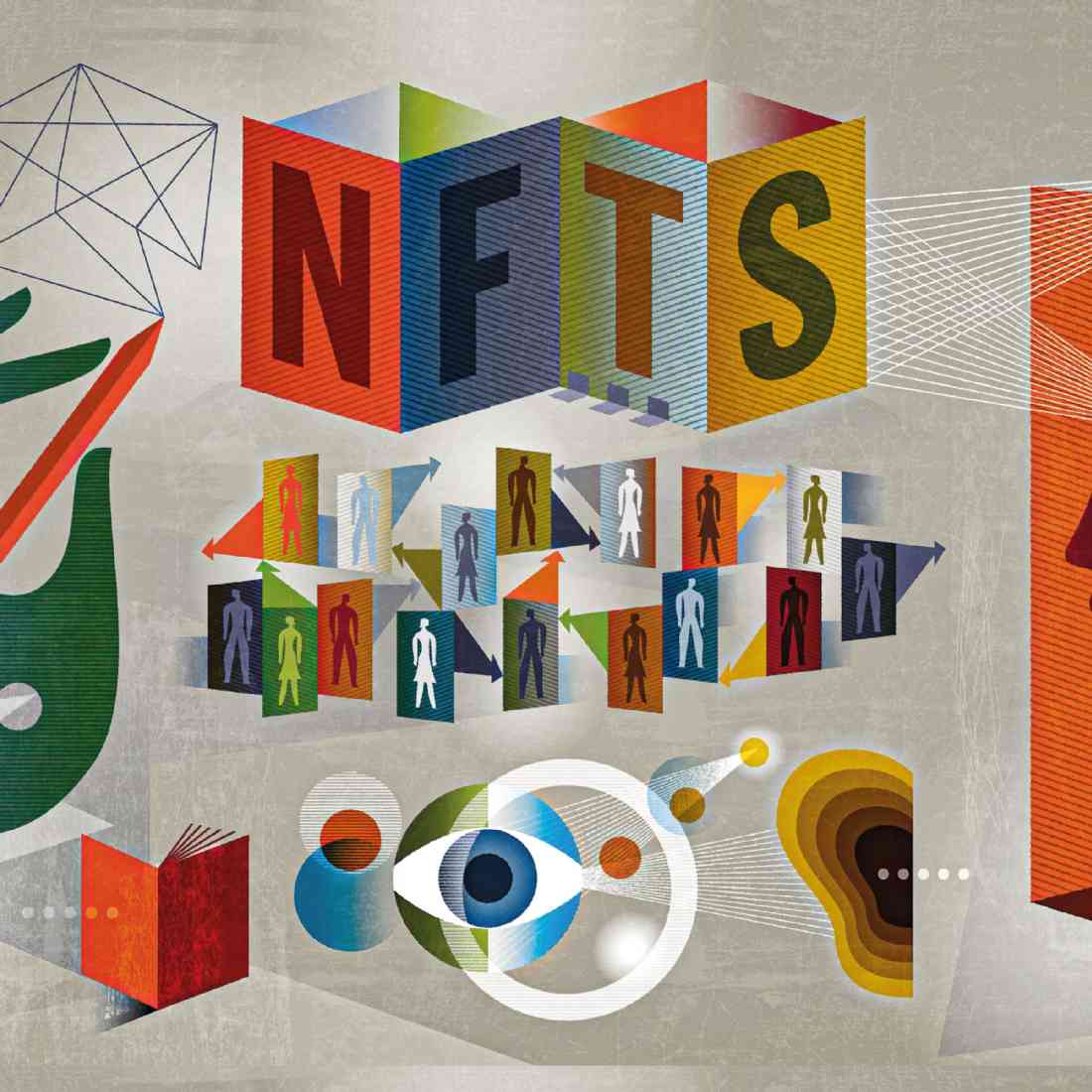 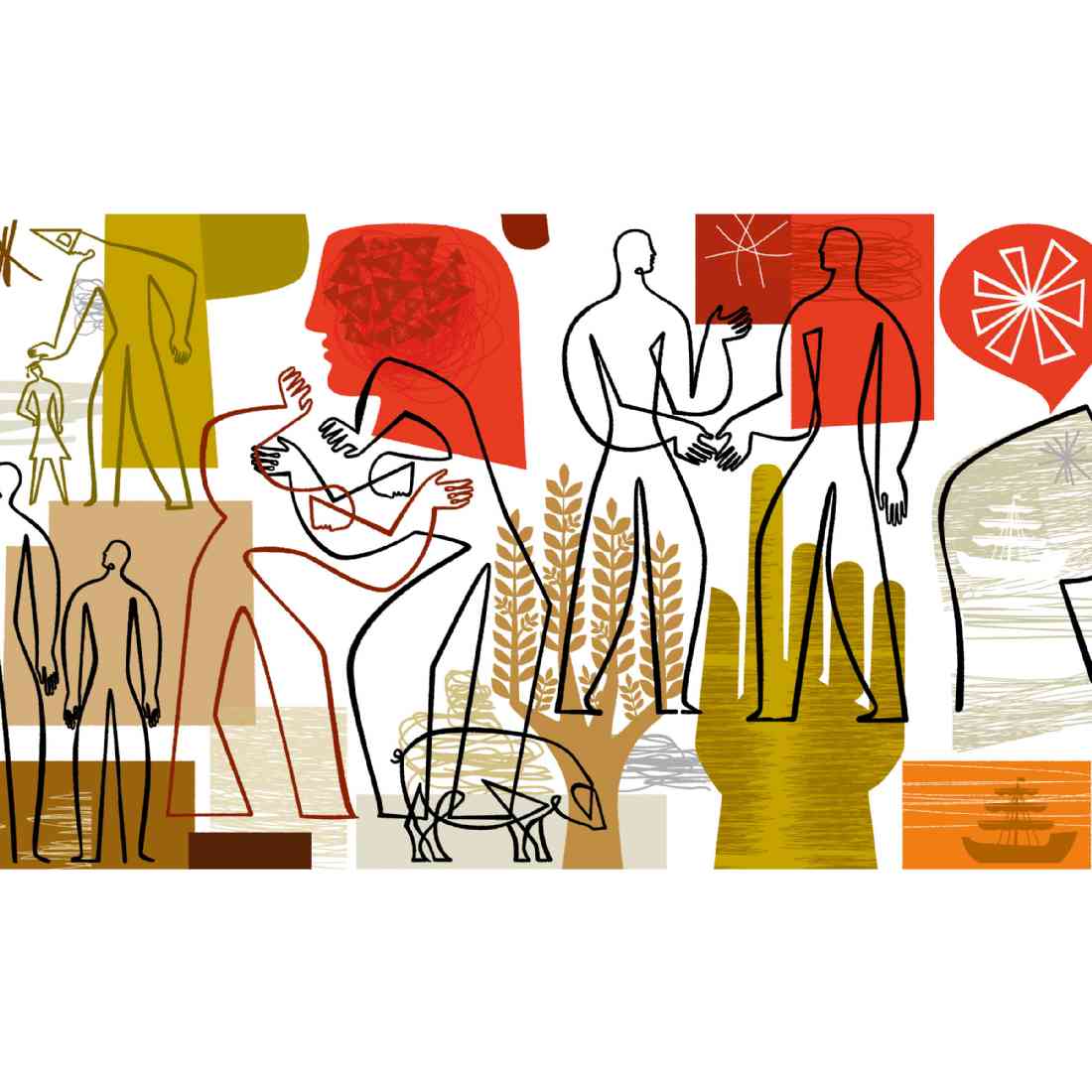 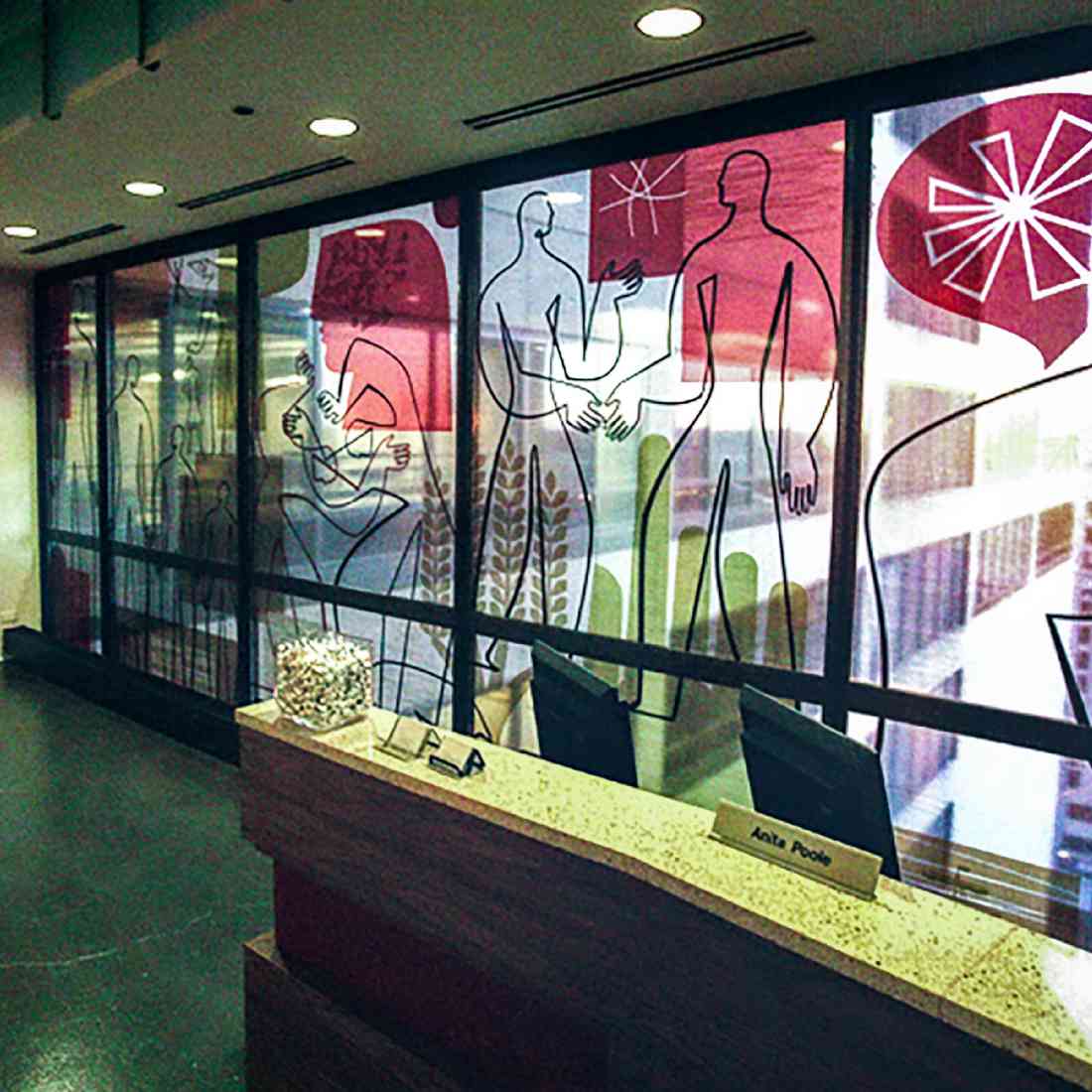